All of these plans have been recently framed with archive matt.
Would make a wonderful set. 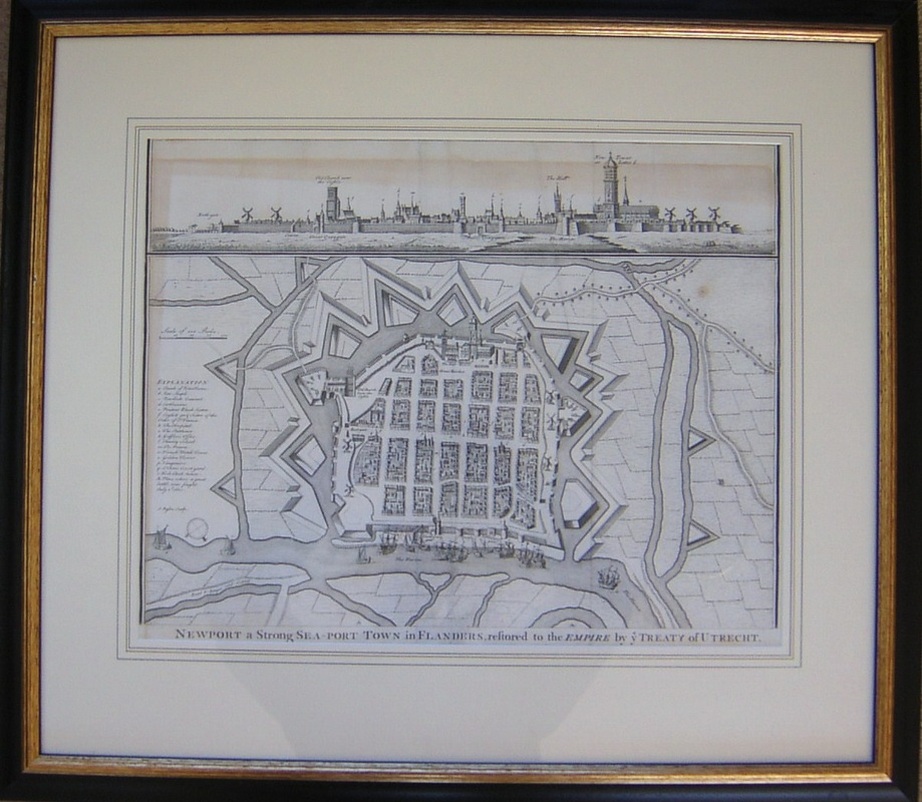 
Nice condition.  There is a banding of age toning near the top as can be seen from the image.
Newport in Flanders, which was transferred from Spanish control to the Austrian Habsburgs by the Treaty of Utrecht, 1713, which ended most of the War of the Spanish Succession (1701-14). Nicholas Tindal (1687-1774), at one time Chaplain to Greenwich Hospital, first published a translation of Frenchman Paul de Rapin's 'History of England' in 1727, running to thirteen volumes; in 1732 it was enlarged with his own notes and maps. This map was published in 'A summary of Mr Rapin de Thoyras's History of England, and Mr Tindal's Continuation, from the Invasion of Julius Caesar, to the End of the Reign of King George I. Illustrated With Medals, Plans of Battles, Towns, and Sieges', 1751.
HOME