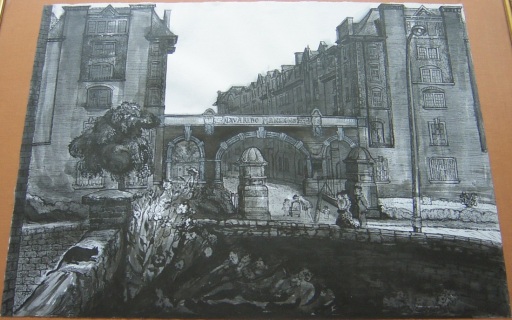 The National Portrait Gallery, which already has two portraits by Lady Lucinda - including one of the late Professor John Erickson, who led the "Edinburgh Conversations" between Scottish and Soviet officials during the Cold War - recently acquired her drawing of Alexander McCall Smith, who dedicated his book, 44 Scotland Street, to the artist.

The 65-year-old, who now lives on the south side of Edinburgh, was brought up in South Ayrshire before studying at Edinburgh University and the Edinburgh College of Art under the guidance of David Talbot Rice and Sir William Gillies.