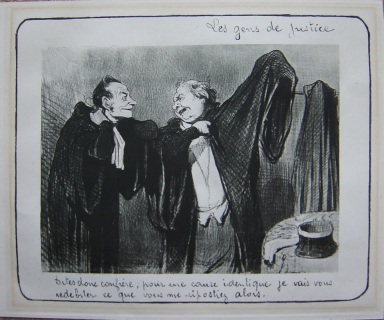 
When Honoré Daumier died in 1879, blind and penniless in a borrowed cottage, with few paintings sold and nearly all of his incomparable cartoons fading inside old French newspapers, the tributes put as much weight on his character as his art. "A man of genius and honesty," said one; "an artist of conviction and a true republican" said another. His modesty, grace and generosity were praised.
One might have expected more about his radical freedom as a painter, the beauty of his draughtsmanship – Picasso would later compare him to Michelangelo – or the originality of his satire. But he was remembered as a friend of the poor, among whom he was too uncomplaining ever to class himself, and as the unwavering voice of the people.