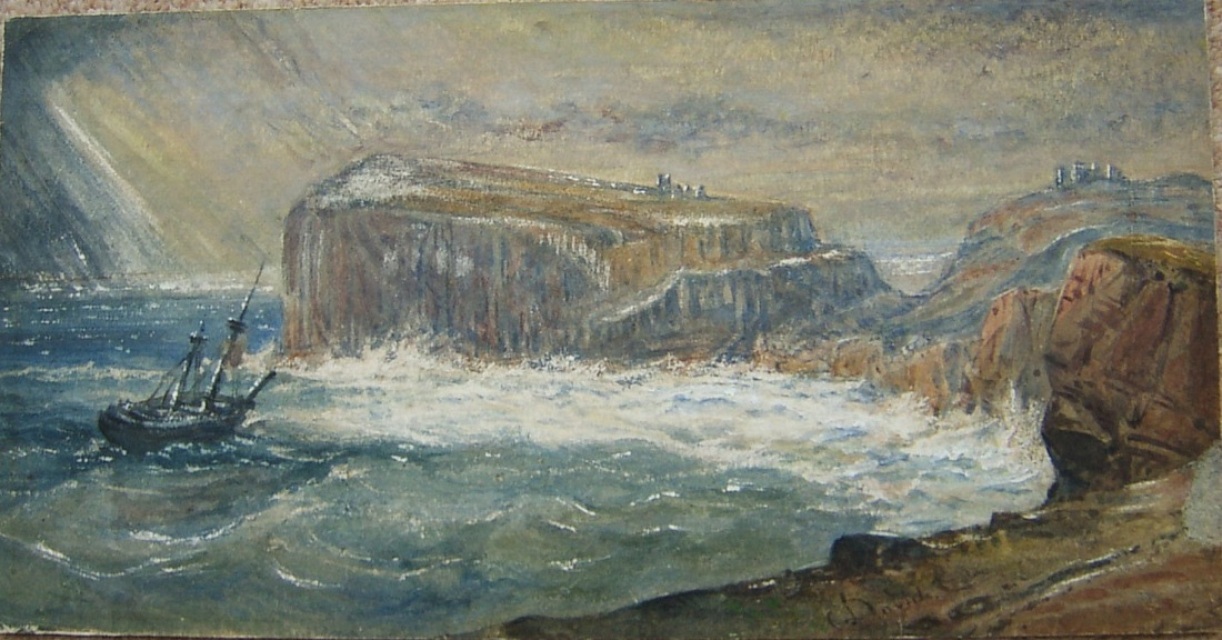 Watercolour/Gouache  on paper mounted on card.

Signed lower right.
"David Cox, Jr. was a British visual artist who was born in 1808. David Cox, Jr. has had several gallery and museum exhibitions, including at the Royal Cornwall Museum and at the Museum of Fine Arts, Saint Petersburg. Numerous works by the artist have been sold at auction, including 'THE HAYFIELD' sold at Sotheby's London 'Old Master & British Drawings ' in 2010 for $71,127. The artist died in 1885."

The picture has been re-framed and there are remnants of the original brown backing paper stuck to the back of the card.
There is an inscription as shown on the image below.
This may or may not be in the artist's hand.
Someone has corrected the misspelling of the title Tintagel originally spelt with a double L.
Add to Cart