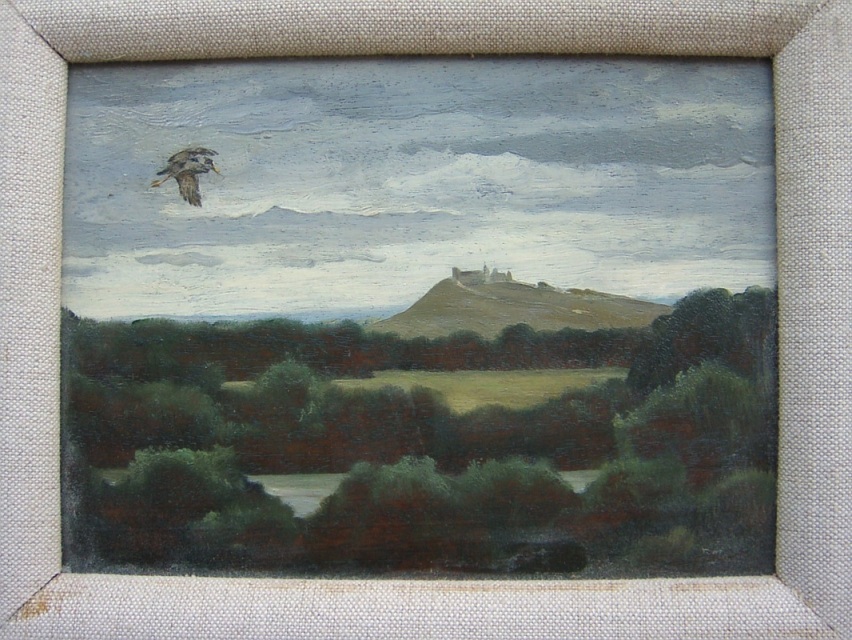 "Heron in a landscape"

There is another painting al verso.

In an original period frame.

.Hesketh Raoul Lejarderay Millais (1901–1999), usually known as Raoul or 'Liony' Millais was a portrait painter, equestrian artist and sportsman. He was the grandson of Sir John Everett Millais and the son of John Guille Millais and from them he inherited both his artistic talent and his love of animals and of hunting.[1]His father, John Guille Millais, was an artist, soldier, naturalist, hunter, writer and explorer. Raoul followed his father in each of these roles. He is best known for his equestrian paintings and for his Spanish work, created when he accompanied Ernest Hemingway.[2] Like his friend Alfred Munnings, Millais was an opponent of Modernism in art, which he called "the Picasso lark".[2]